Last October 20th, I was kindly invited to participate in a virtual workshop intended to be –as far as I understood it– a kind of bridge between research and industry in the wind energy sector. But, is a bridge really needed between those two worlds? Yes, in my opinion, it is. And I dare to say so since I’ve been on both sides and I realized that sometimes they don’t talk enough to each other.

In general, public research institutes usually rely on long-term budgets that are laboriously obtained from governments. However, once that money is secured, researchers freely follow their motivations until new funds are needed. Obviously, in order to achieve unexpected results, basic research’s creativity shouldn’t be constrained and such freedom is necessary. But, when talking about applied research there is (in my experience) a risk of forgetting along the way the ultimate objective: helping the development of the industry.

My colleague Gil (Vortex R&D director and Climate Scale CEO), who is involved in several European research programs, once told me a funny anecdote he experienced during a technical workshop on specifications of data for end use: one of the program leaders asked to the audience “Are there any end-users in the room?”; nobody raised their hand.

Researchers, in particular our own at Vortex, may sometimes become absorbed in and distracted by How things are done while forgetting What is relevant for stakeholders, end-users or whatever other euphemism you’d like to use for customers: those who will ultimately fund their research. An example explained in the NCAR workshop refers to our active research on the MPAS code.

MPAS (Model Prediction Across Scales) may be the future of atmospheric modelling replacing our current simulation engine: WRF. MPAS includes highly advanced features such as the “Spherical Centroidal Voronoi Tesselation” which sound very cool to our researchers and are probably very promising for our company too.

However, at the end of the day what do our customers actually gain from “Voronoi”? Nothing yet really. MPAS results still have a too coarse resolution to be useful and cannot yet compete against current WRF-generated data. Of course, we are still in a nascent stage of MPAS development and, hopefully, it’s just a matter of time before more useful results are generated. That said, if we ever came to the conclusion that our development was too slow, we should simply let it go, refocus our work and let the publicly funded institutes do their long-term basic research job.

We are a small, private company and should be very careful with our resources. In our company, we dedicate more than 50% of our budget to applied research but 99% of our funds come from sales to private companies. This makes Vortex researchers being well aware of the potential gap between their motivations and the industry needs –a gap that they carefully try to bridge. 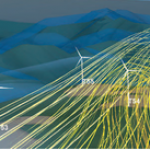 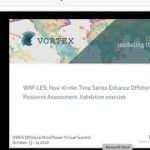