At Vortex, we have long been debating to find a slogan for our company. Since everyone’s opinions are listened to (but none have been convincing enough), the discussions are passionate and this is a purely subjective matter, the process is being slow and I’m not sure we’re near to finding one we can all agree on.

I always admired sharp and evoking slogans like those of my youth: NOKIA “connecting people” or BMW “te gusta conducir?“… One of my favourites is for my first choice of beer when I was living in Denmark, CALSBERG “probably, the best beer in the world”. The slogan is so good that, after decades in the market, it has only been changed slightly to a simple “probably…“.

For Vortex, “modelling the wind” is my personal choice.

Why? It just started as a joke inspired by Bob Dylan’s song but it happened to contain a deeper meaning: at Vortex, we believe that wind can be modelled and, after nearly 15 years delivering modelled wind to our customers, we hope they believe that too.

The modelled wind is not as good as measured wind and we do not foresee the former replacing the latter since even the most sophisticated models sometimes misunderstand atmospheric flow and only actual measurements can make the whole picture fit reality.

But, luckily for us, you cannot measure wind everywhere or at any time. Therefore, by modelling wind we can complement your measurements and extend them to those blind spots in time and place for which no measured data was available.

That’s why in at Vortex we have worked intensively on a technique to properly perform such extension, Remodelling, which is now one of the cornerstones of our service.

Vortex Remodelling was created by Abel Tortosa back in 2014 to complement 1-year of measured data with 20-years modelled wind series in order to extrapolate “short-term” measurements to the long-term; something that is important for feasibility studies.

Remodelling is similar to what in our sector is known as Measure-Correlate-Predict (MCP). However, unlike classic MCP, Vortex Remodelling is performed in the Time-Domain by dynamic pattern recognition techniques that Abel brilliantly “translated” from his former work in Forecasting in yet another successful exercise of doing the right things in the wrong places.

Those powerful techniques have lately been enhanced by another brilliant Vortex colleague, Marta Gil, to cover two specific features:

–Filling gaps in short-term (less than 1-year) measured time-series by means of Vortex LES which can be useful when loggers malfunction or sensor ice up, for example. Or to extrapolate LIDAR measurement campaigns that normally last just a few months

Two small steps but, we believe, in the right direction towards a hybrid combination of measured and modelled data that we foresee as the long-term future standard in wind resource assessment. 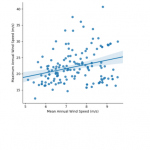 We only know that we know nothing *Sin categoría 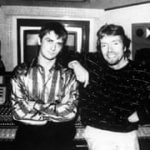