As promised in a previous article, I’ll try to explain here why we believe that near-future resource assessment analysis will be based on time-series formats instead of on wind distributions as is a common practice nowadays.

Basically, the latter is (in my opinion) just a vestige of a time when computers were much less powerful than today. According to Wikipedia, when the Wind Atlas & Analysis Program (WAsP) -the leading wind modeling software of the last 25 years- was launched in the early ’80s, the standard microprocessor speed was in the order of 10MHz; far away from the 4 GHz of most current computers.

At that time, WAsP more or less established the TAB file (a distribution of occurrences detached in speed bins/direction sectors) as the standard format to exchange a description of the wind regime measured at a given site. TAB files are good, light summaries of such information but they suffer from a lack of time-evolution information since those occurrences are collapsed in a “static photo”.

Any analysis involving time-evolution: seasonal or diurnal cycles, wind ramps, a proper estimation of row control curtailment strategies, etc… is not possible based on a TAB file. Moreover, the richness of the original time-series can also not be recovered from such a file. In this context, one could compare a TAB file to a snapshot picture which is a summary of the whole film that is the complete time-series.

However, the memory or power saved by using TAB files is no longer an issue today, given the current capacity and performance of most computers. Probably, the reason no more time-series analysis is performed in everyday Wind & Site work is that there is still limited specialized software currently capable of handling such formats.

We are convinced that the above-described limitation is going to change in the near future and, in fact, at Vortex, we have already detected the above-described change in trend as the demand of our microscale products has shifted to LES (a time-series including turbulence information) to the detriment of MAST (which only includes a TAB file). 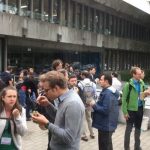 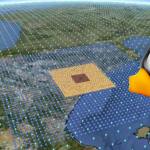